On Tuesday, September 16, the New York Philharmonic held its Opening Gala, a celebratory evening of music which marked the beginning of the Orchestra’s 173rd season. The event was attended by 750 guests and raised over $2.6 million for the Philharmonic.

La Dolce Vita: The Music of Italian Cinema, led by Alan Gilbert who is entering his sixth season as Music Director of the New York Philharmonic, was a celebration of the lush and iconic scores from some of Italy’s greatest films, presented in collaboration with Sugarmusic. The star-studded evening featured the internationally acclaimed music of Nino Rota, Ennio Morricone, and Luis Enriquez Bacalov, among others, as well as performances by vocalist Josh Groban, violinist Joshua Bell, and soprano Renée Fleming. Visual artist Giuseppe Ragazzini created a dazzling set design of animated graphics and film clips to accompany the Orchestra. The performance was broadcast live on WQXR and will be broadcast on PBS’s Great Performances at a later date.

The Co-Chairmen of the Gala were Margo M. and James L. Nederlander and Gabriela and Antonio Quintella. The Executive Vice Chairmen were Agnes and Gerald L. Hassell and Pamela Thomas-Graham and Lawrence Otis Graham. The Gala was generously underwritten by BNY Mellon, Credit Suisse, Ingeborg and Ira Leon Rennert, and Daria L. and Eric J. Wallach.

Guests of the Opening Gala arrived at the main entrance of Avery Fisher Hall at 6:00 p.m. for an hour-long cocktail reception on the Grand Promenade. The concert began at 7:30 p.m., followed by a black-tie dinner catered by Restaurant Associates on the Promenade of the David H. Koch Theater. Décor for the reception and dinner was provided by Van Vliet & Trap.

As guests left the evening’s festivities, they looked south toward the sky to see the Empire State Building lit red in celebration of the Philharmonic’s 173rd season.
Read More 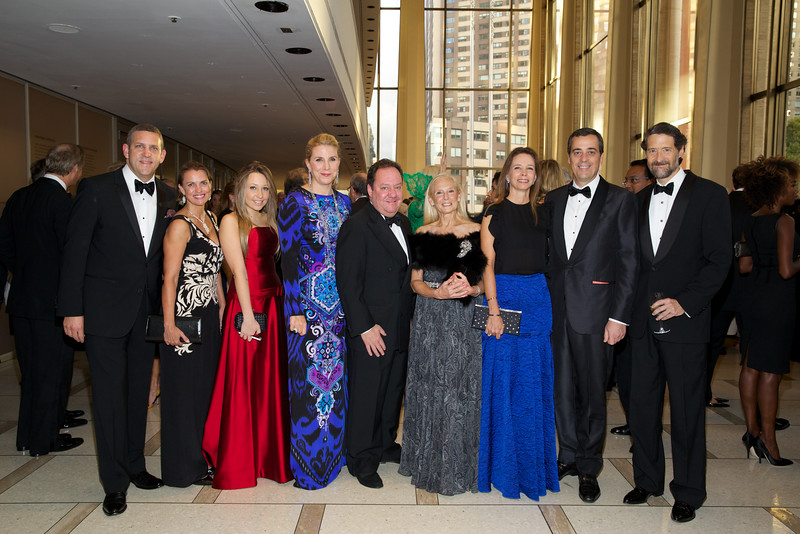