Photo Credit: Photo Credit for 1-10: Stephanie Badini Photography
Photo Credit for 11-39: Eric Vitale Photography
CHEF DANIEL BOULUD HOSTS 20TH ANNUAL SUNDAY SUPPER AT
RESTAURANT DANIEL TO BENEFIT CITYMEALS ON WHEELS
CHEFS GRANT ACHATZ, LUDO LEFEBVRE, EDOUARD LOUBET, HEINZ REITBAUER, AND
RAYMOND WEBER JOIN CHEF DANIEL BOULUD IN THE KITCHEN
(Sunday, March 12, 2017 – New York, NY) – One hundred and sixty-five guests dined at Restaurant DANIEL—one of New York’s most iconic culinary establishments—for the annual Sunday Supper benefiting Citymeals on Wheels. Citymeals on Wheels is a nonprofit organization that works with community-based organizations and senior centers to prepare and deliver more than 2 million weekend, holiday and emergency meals for over 18,000 homebound elderly New Yorkers every year. The event raised $840,000 to prepare and deliver 113,821 meals for homebound elderly New Yorkers.
For twenty years, Citymeals on Wheels Board Co-President Chef Daniel Boulud has hosted this fabulous dinner serving a multi-course menu with celebrated chefs from across America and Europe. Chefs Grant Achatz (Alinea: Chicago, IL), Ludo Lefebvre (Trois Mec: Los Angeles, CA), Edouard Loubet (La Bastide de Capelongue: Bonnieux, France), Heinz Reitbauer (Steirereck: Vienna, Austria), and Raymond Weber (CUT by Wolfgang Puck: New York, NY) cooked alongside Chef Boulud at the sold-out affair. From Restaurant DANIEL, Executive Chef Jean-François Bruel, Chef de Cuisine Eddy Leroux and Executive Pastry Chef Ghaya Oliveira also contributed their talents. The evening’s emcee was culinary expert, food writer and dynamic television personality Gail Simmons, Special Projects Director, Food & Wine and Judge on Bravo’s Top Chef. CK Swett, Co-Founder and Auctioneer of Lot 1 Auctioneers, served as the evening’s auctioneer.
Chef Boulud said, “I am so happy to be celebrating the 20th anniversary of the Sunday Supper at DANIEL and another successful night devoted to raising money for Citymeals on Wheels. It means a lot to be able to gather friends, family and supporters together at my restaurant in support of our older New Yorkers who are confined to their homes and who rely on a warm meal and the relationship of Citymeals to get by. Thank you to my fellow chefs for traveling here from nearby and afar and to those who dined with us tonight for giving back to such a meaningful cause.”
Beth Shapiro, Executive Director of Citymeals, explained, “The annual Sunday Supper is always a night to remember and a night to remember the 18,000 frail aged New Yorkers we serve. Citymeals is deeply grateful for the generosity Daniel and his guest chefs show year after year. Events like this ensure elderly New Yorkers never go hungry or without company. Thank you to all of these talented and generous chefs, DANIEL staff, Gail Simmons, CK Swett, and all of our guests for joining us for the 20th annual event tonight.”
Chefs Weber, Bruel and Leroux created the canapés served during cocktail hour as guests whet their appetites for the dinner.
For the first course, guests dined on Chef Achatz’s Tigers Milk and Coconut Citrus Vapor Ceviche, while Chef Reitbauer prepared Barbecued Sturgeon with Young Kohlrabi, Quinoa and Elderberry for course number two.

Wine Director for The Dinex Group, Daniel Johnnes, and Head Sommelier at Restaurant DANIEL Raj Vaidya, selected the fine wines that accompanied each course. The specialty cocktail of the night was “The Patrón Mule,” a play on the original, with Patrón Silver Tequila, Lime and Ginger.

The evening’s co-chairs were Nancy and Jon Bauer, Ellen and Robert S. Grimes, and Leslie Ziff.

Chef Boulud presented longtime Citymeals supporter John Raphael with the “Serving Good Daily” award. The newly-created honor recognizes those who go above and beyond on behalf of the Citymeals mission. For more than 25 years, Raphael has championed the city’s most vulnerable population, especially through his commitment to the Citymeals Dineout program.

The evening included live and silent auctions of one-of-a-kind travel and dining experiences, specialty gourmet selections, and rare and large format wines. Live auction lots included an incredible trip to Tourrettes-sur-Loup and Monaco in the South of France, several nights in London at the 5-star Mandarin Oriental-Hyde Park, an idyllic vacation to California Wine Country, and more.

Silent auction items included dining experiences at some of New York City’s most distinguished restaurants, including Le Bernardin, Vaucluse and Indian Accent; a luxury tasting experience from Patrón; weekend getaways to Vienna, Los Angeles, Chicago, and other destinations; a Cadillac V-Performance Lab event; and tickets to events such as Hamilton and the New York Yankees Champion Suite with Batting Practice Experience.

Citymeals was able to promise that 100% of ticket sales and donations in support of the event will be used entirely for the preparation and delivery of meals.


About Citymeals on Wheels: Citymeals on Wheels (citymeals.org) provides a continuous lifeline of nourishing meals and vital companionship to New York City’s homebound elderly. Working in partnership with community-based organizations and senior centers, Citymeals prepares and delivers over 2 million weekend, holiday and emergency meals for more than 18,000 of our frail aged neighbors each year. Last year, over 15,000 individuals volunteered nearly 72,000 hours of their time.

Since its founding in 1981, Citymeals has relied on the generosity of its Board of Directors, the City of New York, sponsors and other designated gifts to cover administrative costs. This ensures that 100% of all public donations will be used entirely for the preparation and delivery of meals.
Read More 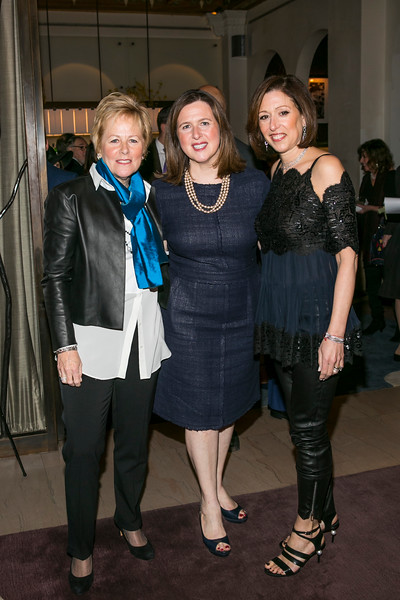