NEW YORK - JULY 12: The Common Good & Paul Beirne Host Governor Ed Rendell In Discussion of His New Book - A NATION OF WUSSES: How America's Leaders Lost the Guts to Make Us Great on Thursday, July 12, 2012 at Alliance Bernstein, 1345 6th Avenue (btwn 54th & 55th) on the 40th floor, New York City, NY TCG and Paul Bierne hosted a conversation with one of nation’s most candid and disarming politicians about state of the nation today and insights from his new book, A NATION OF WUSSES: How America's Leaders Lost the Guts to Make Us Great. "Ed Rendell gives us more than a political memoir—his book is a fun, funny, and authentic account of a life spent in government, and a no-holds-barred argument for bold leadership in America." —President Bill Clinton “Candor and problem solving — both of which fall under the now-quaint notion of “leadership” — are two things decidedly lacking from our politics these days. No, Ed Rendell won’t be running for president, or probably anything else in the years to come. But our country could use a few more Eds — and far fewer wusses.” Tom McGrath, Philadelphia Post "Ed Rendell's book is big-city politics at its best. It's got the roar of the El, the stale cigar smoke of City Hall. It's The Last Hurrah for the twenty-first century." —Chris Matthews "Ed Rendell is one of the more refreshing and insightful voices in the conversation around American politics. He is a rare breed who tells the truth even when it doesn't support his agenda. This book is a clever, intelligent, and entertaining retrospective on his life in politics featuring many of the characters he met along the way." —Sean Hannity PHOTO CREDIT: Copyright © 2012 Manhattan Society.com by Christopher London | e-mail: PrinceGregory@manhattansociety.com | Bookings: Contact Gregory Partanio, Chief Photographer & Photo Editor at ManhattanSociety.com by e-mail: bookings@manhattansociety.com or by tel:718.614.7740
Read More 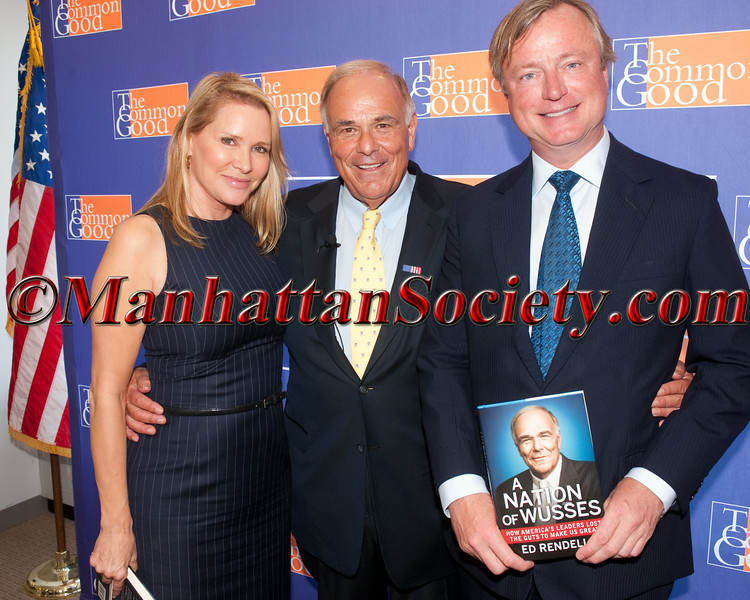